MOTION CONCERNING SITUATION IN UKRAINE
We address you with respect to alarming events, dangerous to the economic, social and political well being and stability of the European nations, which are now happening in Ukraine.

The recent protests of the Ukrainian people in support of the signature of the Association Treaty, democratic development in Ukraine and calls for dialogue on the part of the opposition were not heard by the Government of Ukraine. Instead, the Ukrainian government resorted to violence, excessive use of force by the police, arbitrary arrests and torture of the activists of the protest movement, in their attempts to disperse the mass protests in Kyiv and all the regions of Ukraine. An example of threats by totalitarian violence was the introduction of draconian laws on 16.01.2014, which limited freedom of expression and the rights to protest in any form, subjecting expression of these rights to draconian administrative and criminal sanctions. Introduction of these laws incited more massive protests, which resulted in violent clashes with police forces, with hundreds of protesters and policemen injured all over Ukraine. Police forces used water cannons at the temperature below zero, fire and light grenades thrown directly into large groups of persons, poisonous gas. There are also reports of firearms use by the police, directly attacking the journalists, medical workers and also the journalists filming and broadcasting the events. There are reports of at least 7 persons killed and more than 30 missing, due to cooperation of the police with organised criminal gangs formed by the authorities.

We consider that the Ukrainian authorities, including Mr Yanukovych, the members of the Cabinet of Ministers, the Minister of the Interior Mr Zakharchenko, the Head of the State Security Service, the Prosecutor General, corrupt judges and all the members of the party of Regions of Ukraine, are personally responsible for the acts of torture, disappearances, excessive use of force by the police, arbitrary arrests and detentions, state of violence on the Ukrainian streets and should be held accountable for that according to law.

We further note that there is growing concern and evidence of the connection of the persons in Government with money-laundering schemes used by these authorities and syphoning of funds from the State Budget of Ukraine, reports of which were currently published in the European and world media sources. These acts, supported by the authorities of the Russian Federation, as well as massive corruption in Ukrainian governmental sector incited by the current government of Ukraine resulted in serious economic problems within the Ukrainian society.

Therefore, we address you with a motion to urge the authorities of each of the European states to:

(1) strongly condemn the incitement of violence, use of torture, disappearances and murders, attempts to curtail free expression and protests;

(2) urge creation of an independent commission with involvement of international experts and Euromaidan civil society representatives with a clear mandate to conduct independent investigation into the atrocities committed by the regime, establish those liable for such human rights breaches and subject them to relevant criminal and administrative liability;

(3) urge the Ukrainian authorities to stop violence against the protesters, including to release political prisoners, who are held hostages by the regime, and all those arbitrarily arrested and detained by the so-called “law enforcement authorities”;

- investigating the origin of property owned by the persons involved in the “Ukrainian government”;

- arresting the property or assets in order to investigate their origin and demand proof of lawfulness of their origin;

- envisage and review a possibility of confiscation of assets and their return to the people of Ukraine.

(6) invite the EU institutions to call the dialogue with the political forces in Ukraine, civil society, opposition in order to return the country into peaceful dialogue with the aim of resignation of the Government, organisation of new elections of the President, the Parliament of Ukraine and the local and regional self-government;
(7) invite the European Commission members and the representatives of the European institutions to influence the process of further reforms in the area of democracy, rule of law and human rights in order to conduct urgent reforms in the political, legal and legislative areas of operation of the Ukrainian state. 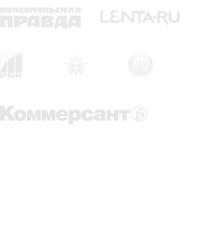